Covid-19 Your Safety is our Top Priority! (Click Here for more details)

Heading off to LaGuardia Airport for a big business trip? Or maybe you’re going to visit family for the holidays. Don’t sweat it! We’ve got everything you need to make the most of your experience at LGA.

However, due to inconsistencies in service, travelers have questioned this title. How is it that one of the busiest airports in the country is also one of the worst?

The outdated facilities and lack of free Wi-Fi, as well as the leaking ceilings, cramped corridors, frequent rodent sightings, and broken escalators, can make anyone want to leave.

But I believe you’ll be surprised because all of that has changed, as a result of the much- needed renovation that began in 2016. All terminals have been redesigned to provide a 21st-century passenger experience, including modern customer amenities, cutting-edge architecture, larger gate areas, and a unified terminal system.

Travelers now have several reasons to prefer LaGuardia airport over other regional airports.

However, New York City remains a bustling metropolis. With over 8 million residents and over 50 million visitors each year, it’s no surprise that the city has so many airports and air traffic.

LaGuardia Airport, which handles over 30 million passengers per year, is one of the busiest in the country. This means that if you are flying into New York City, you must plan your trip carefully.

Having said that, here are 4 tips for an easy trip through LaGuardia Airport:

1. Know The Ideal Time to Travel

Forget about the traditional “rush hour” and plan your travel to take advantage of the traffic and the airline’s on-time arrivals. By far the best time to travel through any airport is typically the early morning.

It is best to go to LaGuardia Airport between 4:30 am to 6:00 am. for a less stressful flight. This is the time with the lowest number of passengers on average.

But If you’re looking for the cheapest flights, it’s better to travel at night because most airlines offer cheap tickets after midnight. 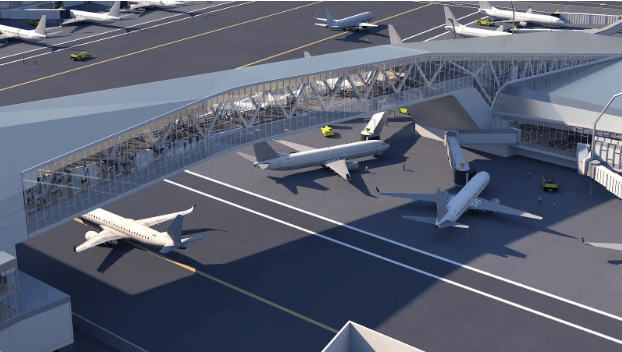 What’s the downside? Many taxis and other modes of transportation are sleeping or resting, making it difficult to find them.

If you’re not sure what time of day is best for you, the black car service can help. They will come to your preferred time and location to pick you up and safely transport you to your destination.

However, If you want to avoid delays and cancelations, the best time to fly from LaGuardia Airport is between 6:00 am and 11:00 am or after 1:30pm. There are very few delays during these hours.

You can also book flights between weekdays for better travel and hassle-free flights. The weekends tend to be busier at airports, so it makes sense to avoid them when possible.

– The best time of year:

October through May is the best time for flying into LaGuardia Airport. But if you want to avoid crowds on your trip out of town, skip November through January.

2. Know The best way to get there

Getting to LaGuardia Airport is easy, as long as you know how to get there. Here are some options for making your trip to the airport a breeze.

The following options are available:

Taxis are available outside of baggage claim on the ground level of the airport. Taxi fares from LGA to most parts of Manhattan cost around $30-$40 during off-peak hours and $50 during peak hours like 6:00 AM-8:00 AM.

Some taxi drivers will try to charge you more, so make sure you agree on a price before getting into the cab.

If you’re taking public transportation, the AirTrain is your best bet. It connects directly to the terminals and operates 24 hours a day, seven days a week.

If you’re driving yourself, make sure you know where you’re going to park before you get to the airport. LaGuardia Airport has three main parking areas. Terminal A’s parking lot, Terminal B’s parking garage, and Terminal C/D parking garage all have classified accessible parking places, one for a quick (up to 24 hours) and one for long-term parking (more than 24 hours) . You can also check LaGuardia Airport Parking to see if there is still a parking space available.

For your convenience, black car service to LaGuardia Airport is the best option. You’ll arrive at the airport on time and ready for your flight. The black car service will give you a comfortable ride and make getting around town even easier.

The black car service (like Sonic D Limo) is a group of professionally trained drivers who are ready to handle all of your transportation needs, from making a reservation online to hiring them once you arrive.

They understand that airports can be chaotic, but they’ve designed their service with feedback in mind, so that not only do they serve you well, but so do your fellow passengers.

3. Understanding what to Bring and Wear to the airport.

90% of people at Laguardia Airport have the same problem because they don’t know what to carry. This may cause you to become trapped in the security line and miss your flight. That is why I am here to assist you in avoiding the same disaster.

Here are a few items you should bring with you:

Here are some items that you can leave behind:

4. Knowing the Airlines and Its Terminals

The four terminals of LaGuardia Airport serve different airlines and aircraft routes. Some people may be confused by this, but we’re here to help! Let’s take a look at the current airlines serving each terminal and the services they provide. 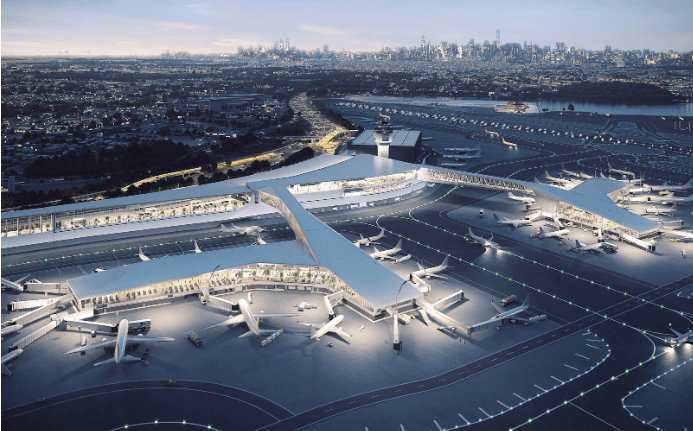 As it was originally built to manage seaplane operations, Terminal A is also known as the Marine Air Terminal. JetBlue and Spirit Airlines are the sole tenants of Terminal A, which is located on the airport’s west side.

Spirit will operate the following flights from LGA, using its Airbus fleet:

Terminal B is the largest and main area. There are three concourses. It recently underwent a major renovation and now has four levels, including a brand new convention level with shops and restaurants.

Level 1 provides transportation access, Level 2 for baggage claim, Level 3 for Ticketing and Check-In, and Level 4 for shops and restaurants.

In Terminal B, there are several Airlines to choose from:

Terminal C is located on the airport’s east side and is connected to Terminal D via a secure pedestrian walkway. Delta’s largest Sky Club lounge, with seating for nearly 600 guests, is also located in Terminal C, along with “a gourmet kitchen, premium bar, two food buffets, and two hydration stations,” with a year-round Sky Deck and a second premium bar set to open alongside the lounge at a later date.

There are three airlines to choose from in Terminal C/D:

These four tips will help you navigate the new facilities at LaGuardia Airport more smoothly. Although the new LaGuardia Airport is more accommodating, it is also less used than its predecessors. There are new dining options as well as TSA security checkpoints, which should make the entire process easier for travelers.

It may take some getting used to, but once the kinks are worked out, there will be less to worry about. The new LaGuardia Airport simply requires a shift in perspective on the part of the traveler, who will benefit from the shorter commute and higher service levels provided.

We’ve finally learned how to navigate the LaGuardia Airport to minimize inconvenience, what else can we help you with?

Before you leave, take a moment to Sign Up for your daily dose of travel news and analysis.

Hey. I’m Tim Bliler. I am determined to give the best possible transportation service. My only question is now that you have tried the rest, are you ready for the best?

At Sonic D Limousine we strive to provide the best possible transportation worldwide including for 2 former United States President’s Families. From Sedan to Armored SUVs to stretch limousines we have you covered all over the world!

Clear is changing up its discounted membership plans

Starting Feb. 1, Clear is changing up its discounted membership plans.

Heading off to LaGuardia Airport for a big business trip? Or maybe you’re going to visit family for the holidays. Don’t sweat it! We’ve got everything you need to make the most of your experience

Hey. I’m Tim Bliler. I am determined to give the best possible transportation service. My only question is now that you have tried the rest, are you ready for the best?